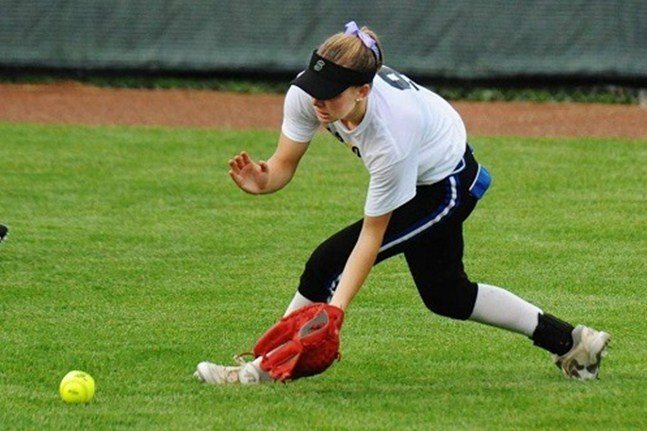 The objective of softball is for a team to score more runs than the opposing team.  At the end of the game, the team with the highest number of runs wins. 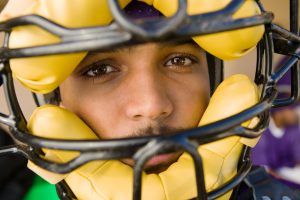 Softball players may use wooden or aluminum bats, batting helmets, and batting gloves.  The catcher uses special equipment specific to their position, including a shin guard, face mask, and protective chest covering.

While playing defensively, players will use a leather glove. Softball players will wear the team uniform, cleated shoes, and approved head gear such as a baseball cap or visor.

Gameplay is between two opposing softball teams.  Each team is composed of 9 players.  The teams play on a field that is divided into two sections:  infield and outfield.  There are four bases on the infield including home plate, and each base is 60’ apart. 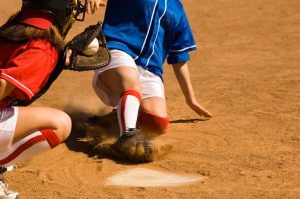 Any ball that travels outside the 1st or 3rd baseline is considered to be a foul ball, where any runners on base do not have the ability to advance further.  The batter is afforded another at-bat attempt after hitting a foul ball unless the foul ball was caught by the defense, at which point the batteris considered “out.”

A softball game consists of 7 full innings where each team has had their turn at bat.  The visiting team always bats in the first half of every inning and the home team bats in the second half of each inning.  The first and second halves of the innings are respectively called the “top of the inning” and the “bottom of the inning.”

Innings are not timed.  Rather, each top and bottom of the inning continue until three outs are made by the defense.  Extra innings are introduced when the game is tied between the two teams after the end of the last inning.

Pitchers must have both feet on the pitcher’s rubber/mound and are only allowed one step forward during a pitch.  The ball must be thrown underhand, and both hands must remain upon the ball at the start of the pitch.   Runners on base may not leave a base until the pitchis released from the pitcher.

Batting order must remain consistent throughout the whole game.  Batting out of order is not allowed.   When a softball player is at bat, they are considered “out” when they have accumulated three strikes, if they hit a fly or foul ball that is caught by the defensive team, or if the batter stands outside of the batter’s box. 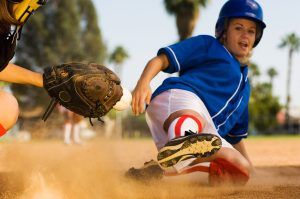 When running bases, runners must touch each base and must touch them in order.  1st base is the only base that a runner can overrun; on all other bases, a runner can be tagged and determined to be “out” if off the base.   Runners must remain on base until the pitches leave the pitcher’s hand.

In the event of a caught fly ball, runners must tag the base they were on before running to the next subsequent base.

Base runners must run in the order they arrived on base; a runner cannot bypass another baserunner ahead of them.

While running bases, a runner is deemed “out” if they are tagged by the defense before arriving at their intended base, or if the ball arrives at 1st base before they do, or if the runner moves more than 3 feet out of the baseline. 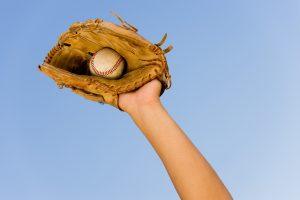 Catcher:  Receives all pitches thrown by the team pitcher and incoming throws from infielders and outfielders attempting to throw out a base runner.   The catcher also catches fly balls and has responsibility for saving wild and unruly pitches.

Pitcher:  The softball pitcher stands upon the pitcher’s mound located at the center of the softball diamond.  With the intent of entering the “strike zone,” the pitcher will attempt underarm pitches aimed at striking out batters.  After every pitch, the pitcher immediately reorients to be ready for balls hit in their direction.

Second base player:  This position is located in the space between the second base and the first base player.   The role of this position is to receive throws from their teammates attempting to throw out runners heading towards 2nd base.  Additional duties include fielding ground balls and pop up balls hit in the 2nd base vicinity.

Rover:  A position specific to softball, the Rover is also known as the “Buck Short.”  This position plays just outside the infield and between the 1st and 2nd bases.

Outfield:  The outfield is composed of the Center Field, Right Field, and Left Field positions.  All three of these positions are responsible for fielding line drives, ground balls, and fly balls and getting the ball back into the infield as quickly as possible to get base runners out.

Home runs:  Any ball hit over the outfield fence that is between the two foul lines

Umpire:  Softball Umpires use their professional judgment to make calls and decisions about game-play.  Umpires indicate their decisions through hand signals and gestures and verbal means.   Umpires can be located in the infield, outfield, and one at the plate.

Batter’s Box:  Located near home plate, the batter’s box is a chalk-marked demarcation that batters must stay within while at bat.  Straying outside of this box is not allowed.